Voice of the Monitored

Keeping an eye on the monitors 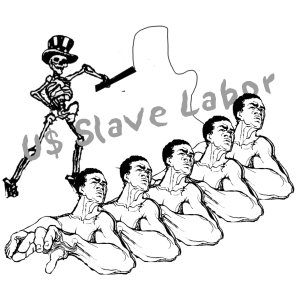 On this Labor Day weekend I am linking readers to a piece I wrote for Counterpunch entitled The Myth of Prison Slave Labor Camps in the U.S.

Despite claims to the contrary, only a very small percentage of those in prison in the U.S. work under contract for transnational corporations. The vast majority are idle, given no consistent work, education, training or treatment.  This problem spills over onto regimes of parole where people receive little support in their quest for work and face broad-based discrimination against people with felony convictions- questions on job applications about criminal background, banning from many occupations (such as people who fight fires while in prison being banned from becoming fire fighters on the street) and simply confronting the stigma that most employers attach to people who have been incarcerated.

The electronic monitor is likely the worst condition of parole for seeking and maintaining employment.  Just wearing an ankle bracelet brings its own stigma, especially for jobs which require interaction with the public. But the tight regimes of house arrest often make it nearly impossible for those on an ankle bracelet to attend job interviews, to work overtime or flexible work schedules, to perform jobs like home cleaning services, door-to-door soliciting  or gardening where mobility is essential.

So on this Labor Day weekend, let us remember that the major labor problem with mass incarceration is not slave labor camps but the fact that millions of working class people have been marginalized from the workforce due to the deindustrialization of urban areas, the destruction of meaningful education and training institutions in our cities, compounded by aggressive, inappropriate, and racist police practices in their communities.  Instead of being channeled into meaningful,decent work, millions move along the school to prison pipeline into lives under the punitive control of the state. On Labor Day let us think about ways of keeping people out of prison, keeping them off of unnecessarily harsh regimes of parole (including electronic monitoring) and getting them back into the workforce in jobs that pay a living wage.  This makes much more sense than fighting for higher wages in prison slave labor camps that don’t exist.